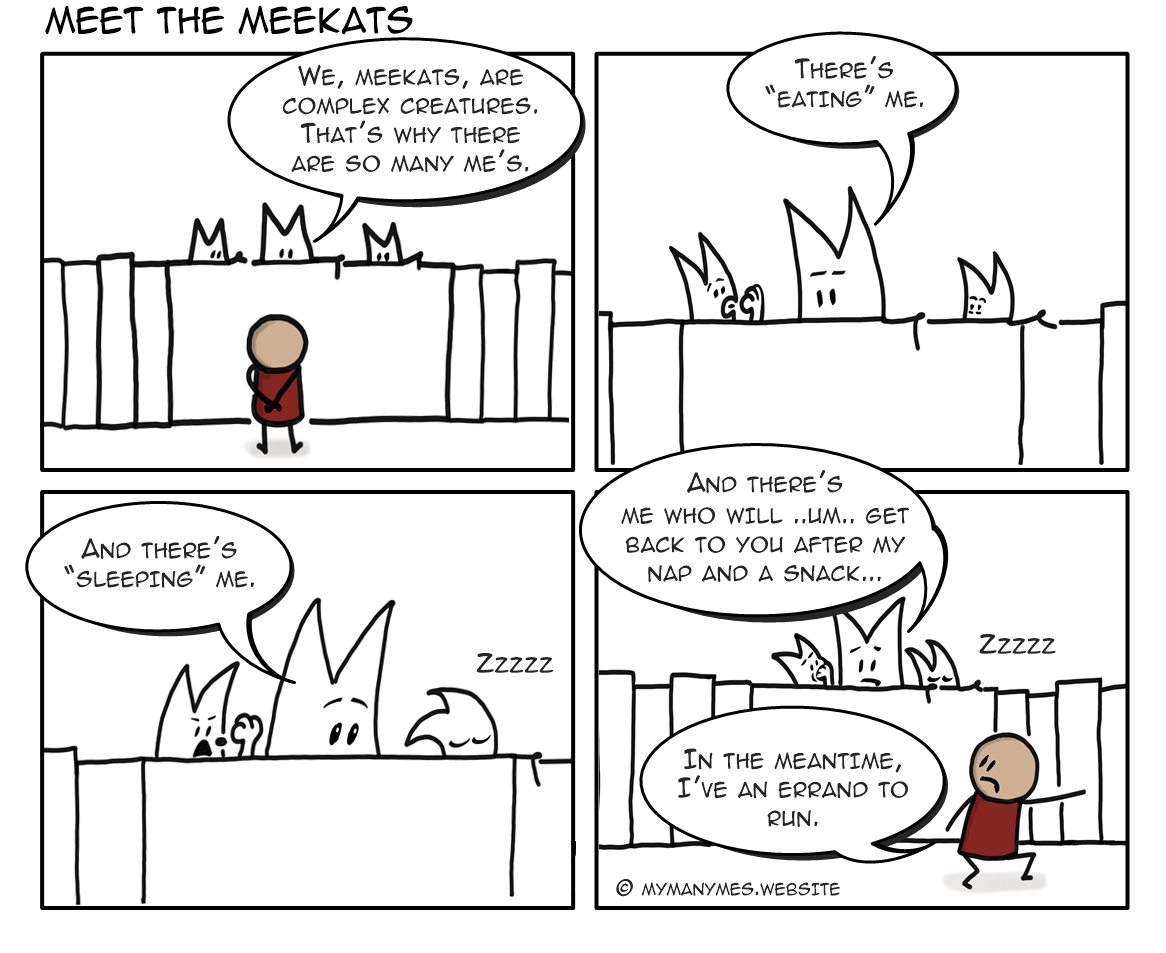 They say cats don't have the same level of rational thought as human beings.

So why is my cat's lifestyle more rational than mine?

For example, I clearly don't have conversations with my cat. It's more of a monologue. He meows at me which roughly translated means "feed me now" minus the profanity. I pretend not to understand him. I need material for my next project, the Concise Dictionary of Feline Swear Words.

To me's or not to me's that is the question

There are a surprising number of dissertations about the subject of apostrophes. I was brought up believing that there are only two situations for an apostrophe. The one where it stands for a missing letter or letters (e.g. "the cat's pissed" for "the cat is pissed") and the other where it replaces "of" (e.g. "there is my cat's piss on my shirt" as in the life expectancy "of my cat" has just halved).

This led to a discussion with my co-authors and things started to border on the religious. Apparently, there are some who believe in the third rule that legitimises the use of the apostrophe where the meaning of the word is unclear. They claim that the only true way to indicate the plural of letters and numbers is by the way of the apostrophe such as P's and the 1's. There are those who go even further and declare certain nouns that are rarely used in their plural are also worthy of inclusion such as me's and you's.

In order to emphasise the plurality of me, I have thus converted and embraced my many me's.

May I burn in hell.